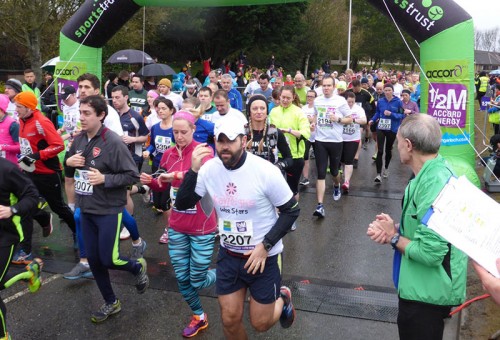 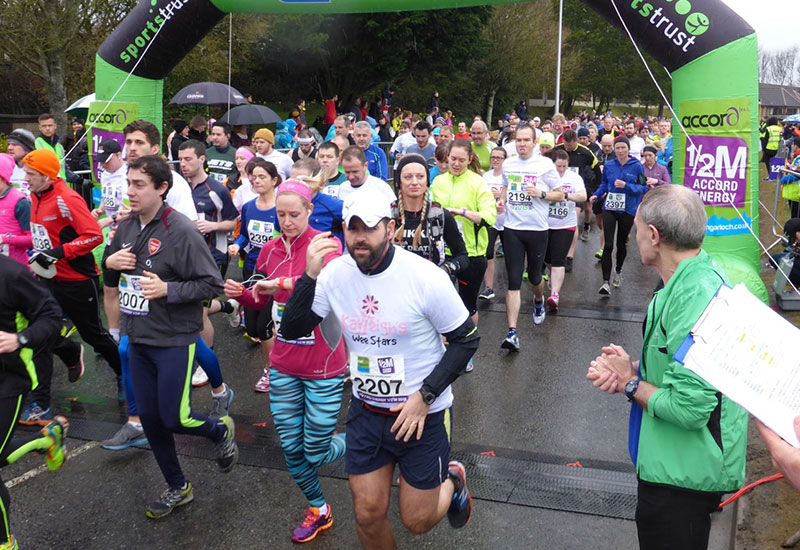 Sunday the 22nd of March. Five brave accordions stand in the start line of the Run Garioch ½ Marathon ready to challenge themselves in one the most popular running events of North East Scotland. Clouds and drizzle are not a complication but a motivation. James and Calum separate from Allan, Phil and Juan as the pair is faster than the trio. Soon after the race starts the first hill appears. Many more wait. The pack of runners stretch out as the course goes on. A tempting 10K-race sign shows up but a keen race volunteer indicates left. No escape now. Luckily for the runners the Bennachie hills and the farms provide a picturesque view that relief them for a moment. Some supportive locals lift their spirits with claps and yells. Cars and motorbikes are a temptation too but what would be the reward? Well Fred Lorz got the photograph with Roosevelt’s daughter in 1904 St Louis Olympics!

The last hill is hard and looks endless. Everybody seems struggling but the end is closer now. Inverurie in the horizon and the best piece of news in hours: all way downhill from this point. The entrance to the town pays back the effort. People’s support roars the runners till the finish line. James does it in an astonishing 1 hour and 32 minutes. He is the record-man of Accord. Calum also completes a very fast race: he might challenge James’ mark in the future. Juan is happy since he has become the first Spaniard to run the Garioch in just under 2 hours in two consecutive years – an odd record but still a record he says. Phil has applied once again a brilliant theory: by running downhill faster with little effort he has overtaken many unguarded runners including his coach Allan. The apprentice outdid the master this time though Allan promises to fight back next year. An epic rivalry has just started?