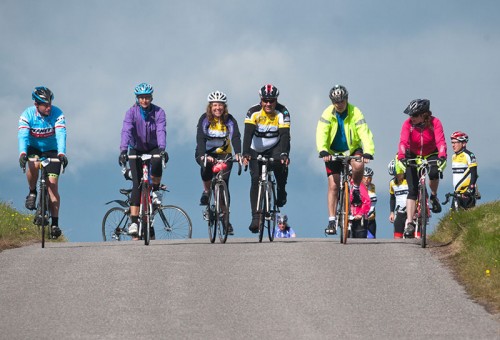 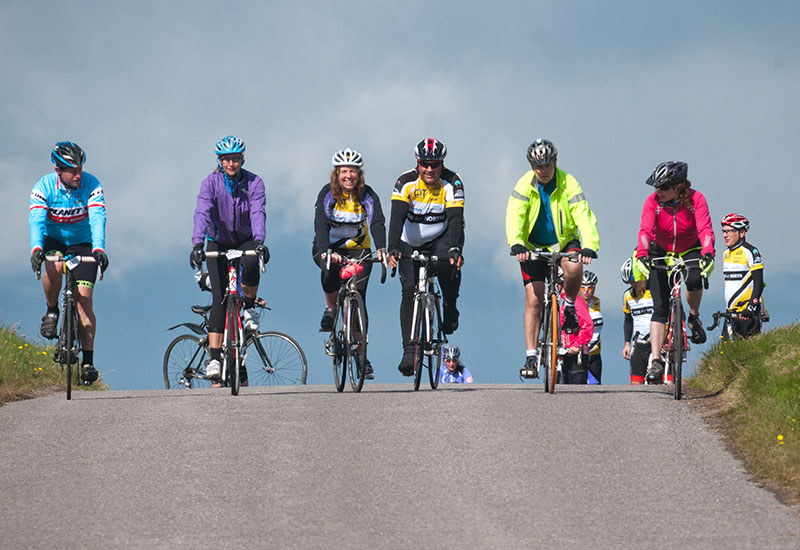 The last weekend of August saw 5 Accordians and 5 of their friends/partners join some 850+ cyclists in tackling the 2 day cycling marathon that is ‘Ride the North’. For those that don’t know much about this event, it’s an annual, superbly organised 2 day cycle event starting from Inverness and ending (this year) in Stonehaven, via a first day stopover in Elgin. The cycle route stats alone make for some impressive or daunting reading! Total distance covered 177 miles approx. coupled with a total ascent of around 12,000 ft. (3,658 m) – that’s the equivalent of cycling up Ben Nevis nearly 3 times!!

Accord ESL were once again co-sponsors of this event and this year also volunteered to host a stand at one of the designated coffee stops, on day 2 at Torphins. Home bakes a plenty were supplied and a variety of refreshments were handed out by Michelle and her fellow (non-cycling) Accordians namely Amy, Alison, Rebecca, Mike and Walter to the thirsty and hungry cyclists. Alan’s brass band was also in attendance to welcome the weary cyclists and by all accounts this was one of the highlights of the day.

An early cloudy but dry Friday morning start in Inverness greeted the massed cyclists at the Eden Court theatre. Most had their bikes transferred by lorries the day before, so a frantic bike search ensued followed by the unwrapping of layers of protective covering and getting the bikes ready for ‘the off’. Cyclists were set off in bands of 20+ at timed intervals and with a call to the start line, the Accord ‘team’ duly commenced their 2 day epic at 08:22 hrs.

A slight rain shower went largely unnoticed during the first climb of the day and also at one of the later coffee stops, but thankfully the weather improved and sunny skies remained throughout most of the route to Elgin. All of the team performed brilliantly and each supported each other when encouragement was needed, especially on some of the later climbs, notably Garbole which topped out at nearly 1,600 ft. and some 5 miles long!

Lunch was a welcome stop at Slochd summit beside the main A9 road and once refuelled, the team set off on the relatively easier run towards Elgin. With the wind at our backs and long downhill descents ahead of us, this lengthy section proved to be very popular with the speed merchants among us and it was later revealed that some of the team managed to hit 50+ mph – not for the faint hearted!!

The welcome sight of Elgin getting ever closer spurred us on to the finish of day 1 which ended at the Glen Moray distillery. Palpable relief was clear to all but importantly we had arrived safely and all still smiling, or perhaps grimacing! A complimentary ‘wee dram’ or two was the perfect pick-me-up followed by a short bus ride to the hotel where a hot shower/bath and fine dinner awaited the weary souls.

A windy but sunny morning in Elgin and a repeat of the day before saw us getting ready to set off at 08:22 from the distillery. The main ‘highlight’ of the morning was to be the infamous climb up the Cabrach, a long winding stretch with a couple of steep testing pitches. There were many who got off and walked but glad to report none of the Accord team stooped so low!

Lunch was definitely one of day 2’s highlights following the long and again fast descent into Rhynie. Famous for its contribution from the ever dependable Woman’s Institute, the filling soups, sandwiches, cakes, drinks, cakes and even more cakes meant we were fully refuelled to commence the second half of the day.

Climbs and head winds combined to make it a long and tortuous slog to Torphins, but a decent descent and the unexpected welcome from hordes of kids ‘high fiving’ the cyclists on arrival, saw the smiles returning again as the team met up with their fellow Accordians at the best coffee stop so far.  Despite our later team arrival, Michelle secretly kept a tray of bakes aside just for us as many of the home bakes were already snapped up by the early arrivals, clearly a very popular stop!

Following an enthusiastic and musical send-off from our colleagues, the team began the final section knowing that in a couple of hours or so it would all be over in Stonehaven. However, there was the ‘small’ matter of a further 3 testing climbs along this 27 or so mile section. The steep and lengthy climb out of Potarch followed by the less steep but still lengthy climb up to Mulloch Wood, resulted in a necessary stop at the final coffee station to regroup, rehydrate and re ‘anything else’ !

The last tiresome climb of the day, the aptly named ‘Slug Road’, was successfully completed without incident and with the team once again fully regrouped; we rode on in ‘peloton’ style with the town of Stonehaven now a visible target. Tired legs negotiated the various town road junctions and traffic lights until the finish line came into view on the sea front by the Leisure Centre. Masses of spectators (including team member’s family etc.) greeted us enthusiastically as we crossed the finish line wearing the widest smiles possible.

We’d done it!! – 177 miles ridden over 2 days across Scotland’s North East scenic and testing hilly countryside in mercifully great weather conditions and with the team all intact. Will we be doing it again next year?..... Of course we will!!